Lessons We Can Learn from Netflix’s Money Heist Marketing Strategies 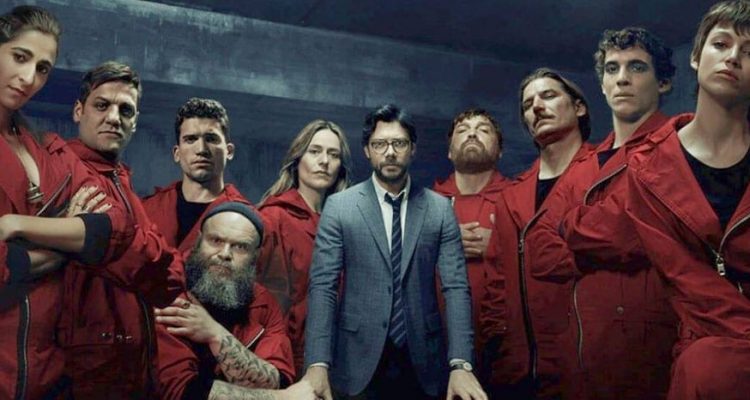 One of the highest trending topics on social media these days is La Casa de Papel a.k.a Money Heist. If you have no idea, then let me put you up to speed.

Money Heist is a Spanish series about a few of Spain’s best criminals and they are on their way to assault The Royal Mint of Spain to print billions of Euros without shedding a single drop of blood. The rest of the series follows these people; both thieves and hostages in their struggles and relationship during the heist. The highlight of the show are the endearing characters and their genius plan well-thought in every angle.

Fun fact: La Casa de Papel was almost cancelled in Spain until Netflix picked up the show where it became an instant worldwide phenomenon even beating other immensely popular shows such as Game of Thrones and The Walking Dead with 31.75 times more in demand.

The show is back for the first part of the fifth season and it is one of the biggest marketing moves Netflix ever made for any of their shows.

As one of the fans of the series, I am impressed by how powerful Netflix marketing moves in bringing life to a show that was almost gone. So, here are the lessons we could learn from Netflix’s Money Heist marketing strategies.

The leader of the heist, The Professor gains advantage over the authorities by being ten steps ahead of everyone. Like a chess player, his planning and research consists of every aspect, every angle and every possible scenario.

Through this, one of the basics is that market research definitely improves communication, recognises opportunities and increases longevity (brand-wise). When it comes to marketing and branding, one must be as far-sighted as The Professor to lower risk and increase returns.

Much like The Professor, Netflix knows their audience well. They know their biggest audience comes from France, Italy and surprisingly; India. They concentrated their marketing efforts in these places that made other countries envious. But that does not mean they did not try in other countries as well. For Netflix Asia, Yuna sings her rendition of Bella Ciao – the symbolic song in the show along with Malaysian Philharmonic Orchestra.

For any fans of the show, or even those who simply saw a short clip of it, the read overalls with the Dali mask adds recognisability. It is impossible to associate their costumes with any other show. Aside from the great writing and lovable character, people can recognise the show from afar based on three things; red coveralls, Dali mask, and Bella Ciao.

The way the show combines the three makes it as iconic as the bonnet in The Handmaid’s Tale as well as the top in Inception. It keeps the story fresh in the audience’s memory.

The story itself contains plenty of discussion-worthy themes that spawned a myriad of analysis from experts – expanding the awareness beyond Netflix itself.

Netflix did a very impressive job at using non-traditional mediums to promote their show. In France, the media platform simulated the hacking of Gare du Nord and Gare de l’Est to market the show, letting it go viral. The stations’ speakers, as well as digital screens, were taken over by El Professor, urging people to join the Resistencia in order to help him and the rest of the group save Rio.

Whereas in India, they localise the song Bella Ciao using a combination of Indian languages and dialect, featuring superstars like Anil Kapoor as well as displaying how much the show captured the public of all stages. This fan anthem not only creates a memorable song but also respects the diversity of the local culture.

On a more hilarious note, a Jaipur-based company even announced a special holiday in lieu for the Season 5 premiere.

Money Heist started off as a story, but with their marketing and actually amazing narrative it has become a worldwide movement blurring fiction and reality. This is the branding goal; the one that brings your brand and service to life.

Interested in taking the next step for a branding revolution? Reach out to us for our Social Media Marketing services.

Maintain Relationship with Your Client with These 5 Important Strategies

We Are A Digital Marketing Agency Based In Kuala Lumpur, Malaysia Aiming To Help Your Brand To Ace Digital
Whatsapp Facebook-f Linkedin-in Instagram

We Are A Digital Marketing Agency Based In Kuala Lumpur, Malaysia Aiming To Help Your Brand To Ace Digital